What is a semiconductor ?

So, in terms of conductivity, the materials are classified into three categories. Conductor, insulator, and the semiconductor. Now, for any material, the conductivity defines how easily this material allows the flow of charge. And this conductivity is measured in siemens per meter.

So, the conductor has very good conductivity or we can say that whenever the voltage is applied to this conductor then it allows the generous flow of charge.

So, silver, copper, gold, and aluminum are a few examples of conductors. And if we take the example of the copper, then its conductivity is roughly around 10 to the power of 7 (semiconductor examples) Siemens per meter.

On the other end, if we see any insulator then it hardly allows any flow of charge. Or we can say that this insulator has very poor conductivity. So, wood, glass, Teflon are a few examples of the insulator.

And if we take the example of dry wood, then its conductivity is roughly around 10 to the power minus 14 Siemens per meter. So, wood is a very good insulator.

On the other end, if we take the case of semi-conductor then its conductivity is between the insulator and the conductor. So, whenever the voltage is applied to this semicon, then it allows a moderate amount id current.

And moreover that by adding the impurities, the conductivity of the semiconductor material can be changed. And this property is very useful for designing various electronic devices. So, silicon, germanium, and the Gallium Arsenide are a few examples of conductor materials.

And here, we will understand the behavior of the conductor by taking the example of silicon, which is extensively used in the electronics industry. Now, the atomic number of this silicon is14. So, if we see the atomic structure of this silicon, it has 14 protons and the 14 electrons.

So, these 14 protons reside in the nucleus and 14 electrons rotate around this nucleus. And if you see the outermost orbit of the silicon, then it has 4 electrons. Or we can say that the silicon has 4 valence electrons.

Now, whenever the silicon atoms combine to form a solid, then they arrange themselves in a particular pattern which is known as the crystal. And in this crystal structure, each silicon atom shares its four electrons with the neighboring atoms. And the sharing of the electrons happens in such a way that, each silicon atom has 8 valence electrons.

And in this way, by sharing the electrons these silicon atoms forms the covalent bond. now, at the temperature just above the 0-degree kelvin, due to the thermal energy, the atoms in the silicon crystal starts vibrating. And due to this vibration, some of the electrons may get enough energy, so that they can break these covalent bonds. And by breaking these bonds, this electron will act as a free electron. So, at room temperature, you will find many such free electrons in this silicon structure.

Now, whenever this electron, departs from its position then it creates a vacancy at that particular position. And this vacancy is known as the hole. Now, we know that the charge of the electronic 1.6 x 10 ^ -19 C. And it has a negative charge. So, by not having an electron at a particular position creates a positive charge. And this positive charge is known as the hole. So, this hole can attract the other free electrons which are roaming in this vicinity. So, as shown in the figure, let’s say in this silicon structure, these two electrons are the free electrons. And due to these two free electrons, these two holes have been created.

Types Of Flow In Semiconductor

One is due to the electrons and the second is due to the holes. Ans this the biggest difference between the conductor and the semiconductor. Because in the case of a conductor, we used to get a flow of current only due to electrons.

Because in the case of a conductor, we used to get a flow of current only due to electrons. Now, this semiconductor can be classified into two categories. One is an intrinsic semiconductor and the second is an extrinsic conductor.

Meaning that whenever we apply the voltage to the p-type semiconductor, then the majority of the current which we will get is because of the holes. So, whenever we apply a voltage source to this-type semiconductor, then the holes will get attracted towards the negative terminal, while the electrons will get attracted towards the positive terminal.

But as the number of electrons is less in this p-type semiconductor, the majority of the current we will get is due to the holes. Similarly in the n-type semiconductor, whenever we apply a voltage source then electrons will get attracted to the positive terminal and the holes will get attracted to the negative terminal. And the majority of the flow of current is due to the electrons.

So Here Are A YouTube Video Releted On Semiconduct, Which Was Uploaded By Circuit Globe

So, in this way, in the semiconductor, we used to get a flow of current due to the two types of charges. So, in the next article, we will see what will happen when we combine this n-type and the p-type semiconductors.

So, I hope in this article, you understood the basics of this semiconductor. So, if you have any questions or suggestions,do let me know here in the comment sections below. 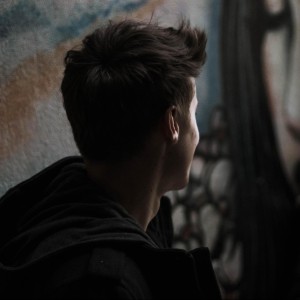